The people you’ll meet in this post are some of my favorites on the planet. My big brother (Jeremiah), his amazing wife (Erin), and the four little people they created that call me “Auntie Hanna”. The last time we did family photos of them was four years ago, since then they added another little minion to the crew. 🙂

I’m getting a bit ahead of myself, so I’ll introduce the little ones…

This is Gabriella, she’s 8. 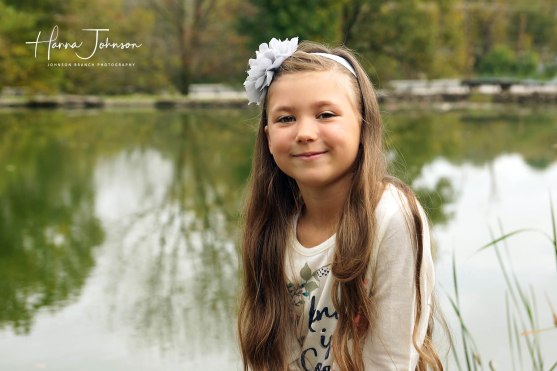 This is Cassander and he is 6.

This is Sawyer and she is 4.

This little bright eyed girl is Evie and she is 19 months.

And just who created such gorgeous little humans you may ask… 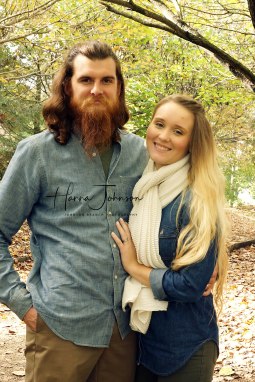 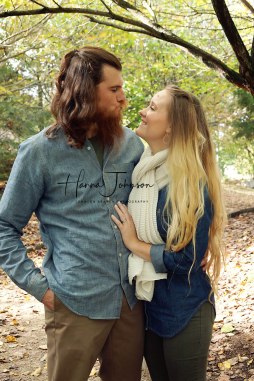 This would be them. 🙂

Erin asked if we could set up a day to do the kids photos in the fall. We chose to do them in Georgetown, KY at a Japanese garden called Yuko-En on the Elkhorn. http://www.yukoen.com It’s a really pretty location and it was an unseasonably warm day. Things were going great! The kids were being good and we had done about 20 minutes worth of photos before “the incident”. Here are a few samples of the before… 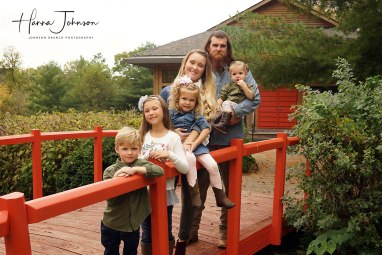 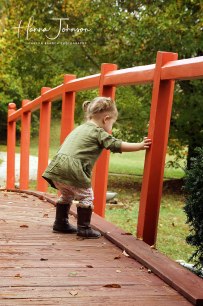 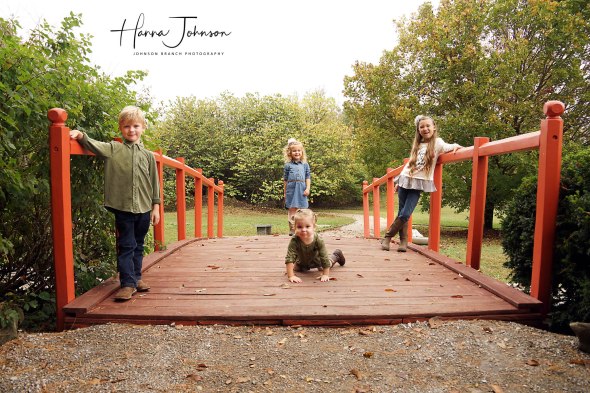 See, still going well. Look how sweet these babies are…

(Evie was slightly against the photo op, but still a cutie) 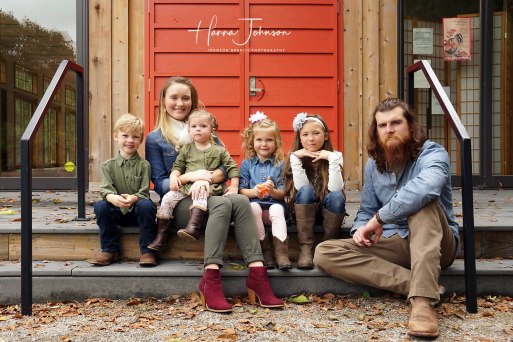 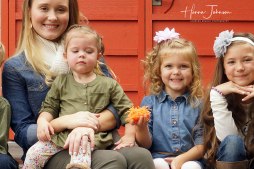 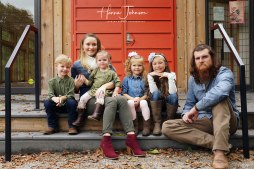 The pic above is probably one of my favorite family photos of all time. ❤ 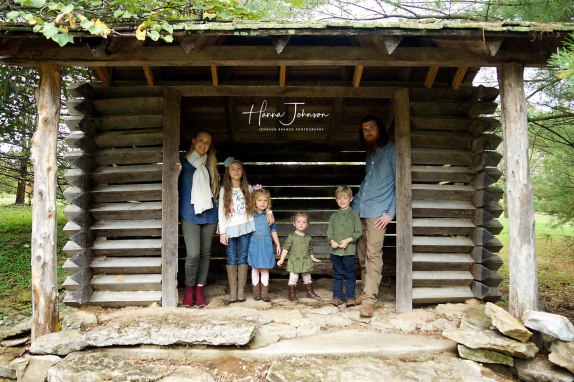 So, we had just finished the photos in the little cabin like structure (love those) and were moving to the next place when my nephew says something along the lines of “I wanna walk on the golf course”. He runs about 30 yards ahead of us and disappears, just literally drops out of sight. My brother takes off running after him when we suddenly see Cas’ green slimed head pop up over the edge of the rocks he just walked off of with giant surprised eyes. He quite literally attempted to walk on water. There is a small pond covered in green duckweed that was perfectly smooth, looked just a liked a mini golf course. Cas walked on it without hesitation. Luckily the pond was very shallow and he stood up and looked at his Daddy just as Jeremiah got there to pull him out. 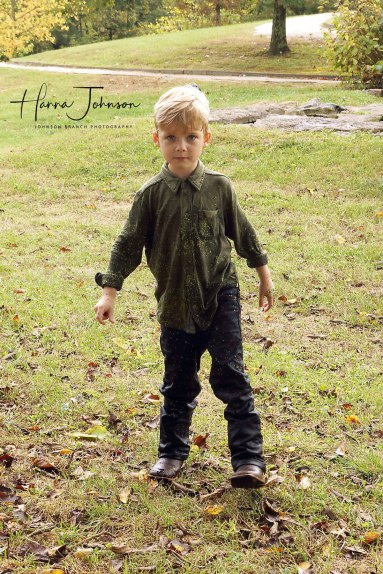 This was the aftermath. The following photo was the next family photo. Not only was he soaked and cover in green duckweed, but he stunk to high heaven and his 4 year old sister made sure to remind him of it every so often. 🙂

See how smooth that green surface is behind them…looks like you could walk on it, you can’t, just ask my nephew. 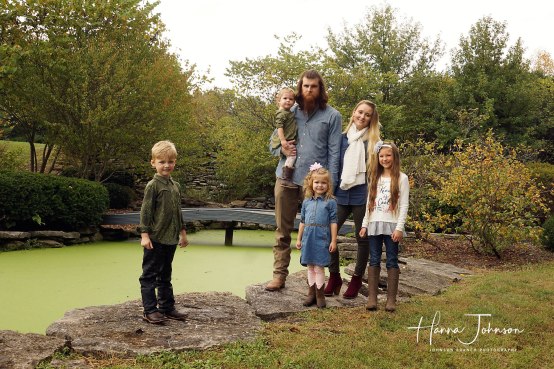 Love when a photo tells a story. 🙂

The session was gonna be over at that point, but we worked with it and managed to get a few more great shots. 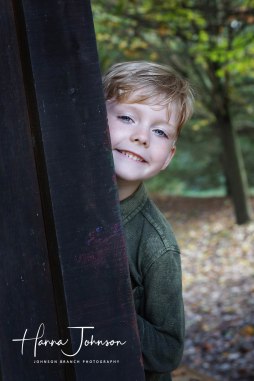 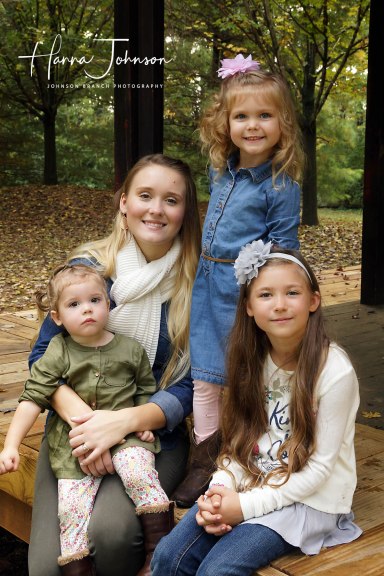 The last ones of the session. I think we covered the swamp monster up pretty well. When life hands ya lemons, right? 🙂 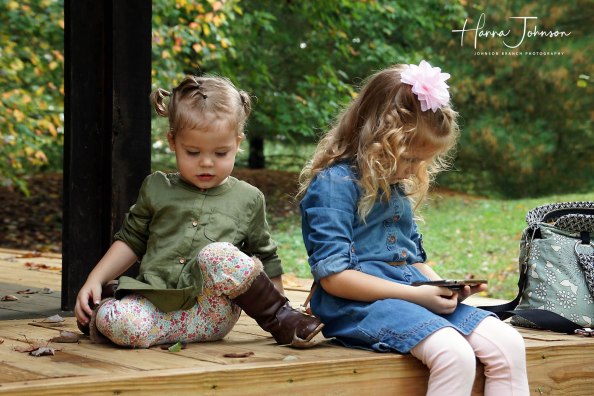 A little Moana on Auntie Hanna’s phone never hurts for a few smiles either. 🙂

Thanks for stopping by and I hope you found a little amusement in “the incident”. We sure did. He is def his fathers son. 🙂